The funeral of Dr ‌Margaret‌ ‌Mary‌ ‌(Maire)‌ ‌Heley, Life campaigner, founder member of the Guild of Our Lady of Ipswich and a parishioner at St Pancras in the town for more than 60 years takes place today (March 26), writes Jean Johnson, her friend for more than 40 years.

Margaret Mary Heley – called Maire by her mother and some of her friends and also known as Doc – was a holder of the Benemerenti Medal and one of the first members of Life. Professor JJ Scarisbrick, one of the charity’s founders in 1970, wrote: “She was a heroic pro-lifer – tireless in promoting the pro-life cause at home and abroad.”

Maire founded Life Doctors and was in the first party to travel to Romania after communism fell to start pro-life work there. The group founded in Transylvania is still going strong.

In Ipswich Doc was a founder member in 1977 of the Guild of Our Lady of Ipswich, now Meryemana. Through her initiative the shrine of Our Lady of Grace was re-established in the town and annual pilgrimage walks started. The first shrine, in Lady Lane, was destroyed in 1538 on the orders of King Henry VIII after he broke from the Catholic Church. 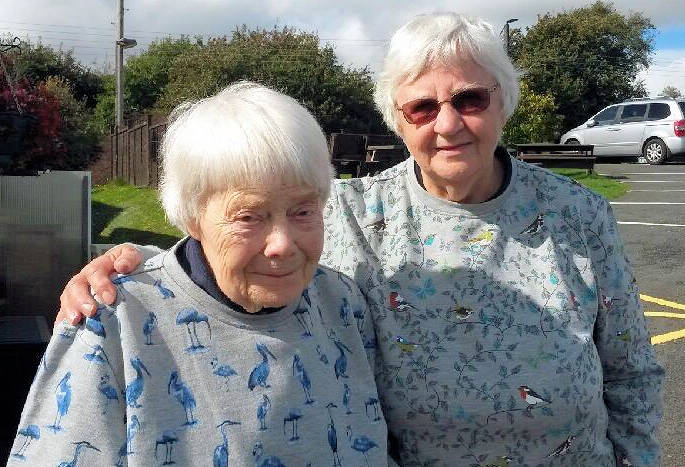 Maire was instrumental in forging links with Nettuno in Italy which venerates a statue taken there by English sailors after it was rescued from the flames when the English shrine was destroyed. Doc’s work was valued by the Anglican Society of Mary and a Eucharist was celebrated for her soon after she died. Maire had wanted her coffin to stand beside a replica statue in St Mary Elms CofE for a short service before going to St Pancras but sadly the coronavirus outbreak prevented this.

Doc was proud to be a regular reader at St Pancras and a stalwart member of the Catholic Women’s League. She and Loris Squirrell set up a questionnaire that led to the formation of the Monday Circle Bible study group, which they led for 10 years. As well as deepening participants’ knowledge and love of Scripture this helped foster friendship between St Pancras parishioners and their neighbours in the URC/Baptist congregation at Christ Church.

Maire supported and was a representative at many ecumenical functions in Ipswich. In her seventies she studied for the Maryvale Diploma in Evangelisation and Ministry and obtained a distinction. Doc also attended the East Anglia diocesan adult learning courses that Bishop Michael Evans began.

Maire was born in St Albans in 1930 and attended a local convent school and grammar in London before winning a place at the Royal Free Hospital to study medicine. Her father died while she was at medical school and she only finished with the financial help of the Catenians. She won a national prize for surgery but always wanted to be a family doctor and after working at a hospital in Windsor she came to Ipswich as a GP. When I reported her death to the British Medical Association they told me she had been a member for 66 years. For most of that time, Maire was a parishioner at St Pancras, which she loved.

Many in Ipswich remember her as a wonderful doctor. Some wept when I told them she had passed away. She was an old-fashioned GP who believed in examining patients and discovering the symptoms rather than sending them first for numerous tests. She was usually right! Even in her later years, Maire’s family would phone from afar to see if they needed to see the doctor and when they were unwell, she usually worked out, from the symptoms, what was wrong.

Doc had an older brother, Fr Tom, and elder sister, Paula, who suffered from poor health. Maire paid for her two nephews to be boarders at St Joseph’s College in Ipswich to ease the burden on her sister. After Paula died her five-year-old daughter went to live with her father in Ireland and Doc looked after the boys, who carried on as day pupils at St Joseph’s, helped by Harriet, a midwife in her practice.

Maire was a tireless supporter of work I did in East Africa. Until her last hour she had beside her a picture of the only stained glass window in Kabale diocese in southern Uganda. She arranged for the window, depicting the Sacred Heart, to be made and placed in the chapel of Bukinda Seminary in memory of Fr Tom, her brother – a missionary priest who never got to the missions because of the Second World War and instead taught in a seminary.

The picture meant a great deal to her – particularly when she was deprived in her last years of the daily Mass attendance that had been a huge part of her life – and she would wake in the night and be comforted by looking at it. Fr Sunday Evarist was rector of the seminary when Maire donated the window and now works in Coventry. It took a lot of argument to convince him that as a hospital chaplain he should not travel to her funeral.

When we planned Maire’s funeral, which she thought would happen in 2017 after she was diagnosed with a terminal illness, Doc insisted that there was to be no eulogy, because “nobody knows, or is capable of finding out, the whole story and it is much better to say nothing than to make up a lot of stuffy nonsense!” So you must forgive me if I have omitted anything.

She was a great friend and a woman of real faith. Many, like me, will miss her. There will be a Thanksgiving Mass when normality is resumed. I hope it will be possible to hold it on July 22, which would have been Maire’s 90th birthday.